I’ve been selling my daughterboards for a while now. While daughterboards are a nice solution and a welcome change in my opinion, there is one thing that is far from universal about them: the JST cable.

To preface this, you need to know the pinout of the unified daughterboard, which is the following: 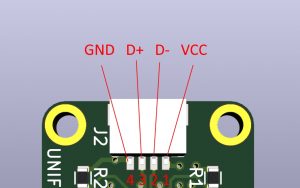 Hope you don’t mind me using this image for this, Ai03

I’m gonna keep this short but simple, okay? The “right” way to do it is this the “opposite direction” wiring, where both the pinout on the daughterboard and main PCB are the same. This requires a cable like this one:

As you can see, the cable is flipped. But when you hold the connectors side-by-side, they follow the same pinout. 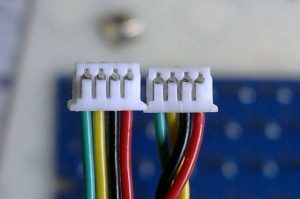 Now my PCBs wouldn’t work with this cable, because it would essentially connect GND to VCC and vice versa. Same goes for the USB data lines. Other PCBs do work with this kind of cable, because they are designed with the same pinout as the daughterboard has. They are probably called “opposite direction” because when you lay the cable flat, both ends face the opposite direction.

This is the easiest to design for, because both PCBs have the same pin numbering. There is a disadvantage to this kind of cable, which is availability. If you ever need to replace such a cable, you are pretty much stuck with Qwiic cables from Sparkfun. Most of the cables you will find on Aliexpress or similar sites are ‘same direction’ cables. (Although there are “opposite direction” cables on there, they are hard to find.)

The most common cables on Aliexpress are like these. They are usually called “same direction”. When you lay it flat on the table, both ends face the same way. It does require you to flip the pinout of the JST connector on the PCB compared to that of the daughterboard. In this case, the red wire is connected to GND on the daughterboard and main PCB on the Plain60-C.

When you hold the ends next to each other, you’ll see that the pinout of the connectors are reversed. 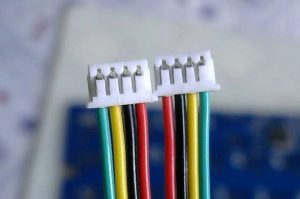 How do I flip the cable pins?

For me, repairability is pretty important. That’s why I chose for the easiest type of cable to get. But when you buy a JST cable from Aliexpress you’ll usually end up with a cable like this one. If your PCB doesn’t work with a certain cable, you can likely flip the wiring without much hassle. Here’s a guide on how to flip the wiring of a JST cable.

Even though I don’t do it, I recommend others to follow the intended way of wiring your JST connectors for daughterboards. This way we can ensure that most daughterboard cables out there work on most boards. After careful consideration, I have decided that I will be fixing my designs to follow Ai03’s standard. Daughterboards sold after the date of this post will also be following the standard.
If it’s not totally clear yet, here’s a pic I found on the internet: 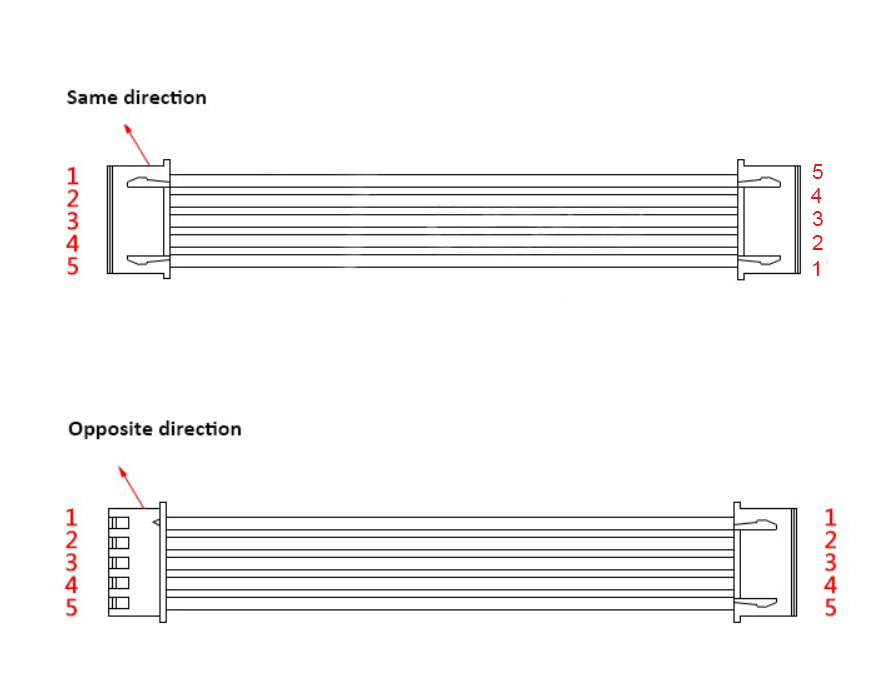